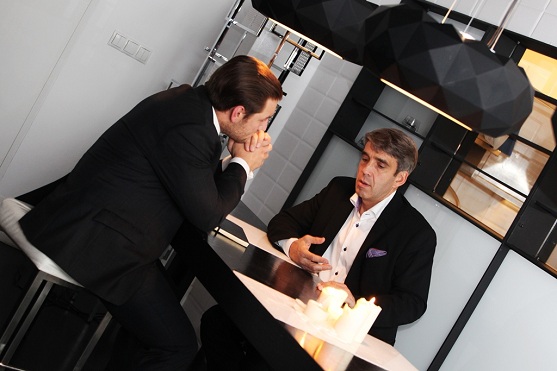 TM: What does it take to be the global brand ambassador of Hennessy and what is your history with that brand?

Marc Boissonnet: Being Ambassador of the House of Hennessy is a fantastic albeit highly diplomatic mission and takes passion as well as a great deal of curiosity: I have had over 15 years of pleasure, meeting happy people from the entire world! This requires plenty of energy which Hennessy (the colleagues, the beautiful surrounding in Cognac, the international exposure, the many guests, the timeless dimension of the brand, the fragrant storehouses, and last but not least the cognac itself, etc.) supply me daily!

TM: Hennessy currently holds approx. 40% of the cognac market worldwide. What is your key to succes?

MB: The success of Hennessy lies in generations of loyal consumers’ hearts, and in the hands of an efficient distribution network from importers to final venues, bars, clubs, restaurants or shops.

And it goes without saying that our excellence over about 250 years lies primarily in the hands of our Tasting Committee’s members. They select “eaux-de-vie” and nurture them up to their optimum maturity, thus entertaining a fabulous stock, and then assemble them.

Indeed, from our unique reserves expressing the diversity of our “terroir” of choice, I mean our numerous partnering winegrowers and distillers who do a fantastic and reliable job, as well as the diversity of the years of origin ranging from the early 19th Century to the present days, Hennessy’s Tasting Committee can craft consistent blends appreciated all around the World, decades after decades.

Yes, it is good to be the World’s leading premium spirit brand based on wine! Henenssy’s expertise and excellence is acknowledged internationally.

TM: With that market share, the production must be massive. What are your ways to maintain high quality and consistency of products?

MB: Yes, every second worldwide, over 50 servings of Hennessy are enjoyed by discerning consumers!

And as I just said, it is good to be big in our business; it does ensure the best conditions for the highest quality and consistency standards.

But don’t get me wrong, the elaboration process is more than a matter of connecting or coordinating hundreds of simple tasks performed extraordinary well by our numerous partners along the vine growing, wine making and distillation, as well as the oak barrels making; indeed, the core activity of Hennessy, which I just mentioned and which has not changed for almost 250 years, consists in selecting, maturing and blending “eau-de-vie” accurately.

These three careful occupations are Hennessy’s Tasting Committee’s daily commitment: 7 experts around a table sample, taste, comment and decide about the fate of their selected “eaux-de-vie”, how to bring them to perfect maturity and finally how to assemble them in finely tuned proportions.

The passing-on of their best traditional methods and secrets over generations is one of the guarantees for maintaining the highest possible standard of quality, acknowledged by loyal connoisseurs as well as by challengers in the universe of the greatest premium spirits.

TM: During the recent years the approach of cognac producers (and other brown spirits producers) have become far more flexible when it comes to serving their products. Everybody seems to be OK with drinking cognacs or whiskies not only on ice but also in cocktails. What are your thoughts on that trend?

MB: Hennessy has long been enjoyed with still or sparkling water, or mixed with fresh juices; and Hennessy based cocktails were already popular in the early 20th Century.

We have not changed position regarding the versatility of Hennessy; moreover, to offer a wider access to innovative mixing, Hennessy has developed new blends such as Fine de Cognac for European markets which lends itself naturally well to making fresh and fruity drinks.

We do encourage mixologists, bartenders and sommeliers to please theirs customers with Hennessy, be it served in cocktails, fancy refreshing long drinks, or, why not, within “gastronomic” food pairing schemes.

TM: It is a known fact that sales of cognac in Asia are on a rapid increase. What is the reason for that and when will cognac be back in Europe to challenge whisky?

MB: Yes, Hennessy is doing extremely well in Asia, but our first market worldwide remains the USA, which is a huge grain-based spirits market, isn’t it?

In Europe, for instance Ireland imports more than twice as much Hennessy as Japan! Ireland ranks 6th, I guess, within our top 10 markets which count four European countries.

Poland, France… are all countries where Hennessy has always been present and has actually been growing significantly in the recent years.

But, I agree, the “happy few” in Asia amount rapidly to hundreds of millions of people!

Hennessy is proud to be their favourite cognac: in some newly developed countries or megalopolis we are very popular because successful, sometimes rather young, professionals who work hard their way up the social ladder reward themselves with serious qualitative and genuinely tasty spirits such as Hennessy; they flaunt their tastes. There, the statutory high image of Hennessy is indeed very much appreciated: Hennessy is a way of life, a symbol of achievement and a true “art de vivre”. Actually, it is also rather the case in Russia.

Really, as a drink as well as a story, as a company as well as a genuine luxury, the authenticity of Hennessy fears no grain based spirit!

TM: Technical question on cognacs. Hennessy uses the following universal symbols on labels: VS, VSOP, XO. Could you explain them to the readers of Milerpije.pl? Is the meaning of those symbols equal between different brands of cognacs?

MB: VS, VSOP and XO were primarily local grade names originating from the Cognac region in France; the Anglo-Saxon wording is due to the international trading nature of the first cognacs houses, such as Hennessy (Irish origin of our Fonder, Richard Hennessy).

Today, legally, these three denominations mean that the age of the youngest “eau-de-vie” in an assemblage should not be less than two, four or six years.

The law does not stipulate a maximum, moreover the law exists since the mid-20th Century only; Hennessy since 1765: At Hennessy we compose our blends in regard of their character, blending numerous “eaux-de-vie”; not only by law!

As a result the Hennessy blends throughout all our collection (of over 12 cognacs) are composed far above the minimum criteria, for the sake of richness, balance and consistency in each of them; this brings about a very significant difference between Hennessy and other cognac brands.

Note that XO is an appellation invented by Hennessy, when in 1870 we composed the first blend of eXtra Old “eaux-de-vie”.  Hence we still call it “Hennessy X.O the original”; however, unfortunately, due to insufficient patenting of this symbol, it fell in public domain and “xo” became synonymous to “high quality”.

TM: In your opinion, how important is it to educate people about alcohol in order to enable them to enjoy it more? Do you need to understand cognac at all to fully enjoy it?

MB: Responsibly. This is how Hennessy should be enjoyed!

But nobody needs a postgraduate academic degree such as a “Ph.D. in cognac understanding” for ordering and enjoying responsibly a glass of Hennessy!

A further enjoyment can be sourced in the genuine authenticity, in the history of our House and in the outstanding level of craftsmanship involved in producing such a great spirit as Hennessy.

For this matter it is always useful to share with consumers as much information as possible regarding the origin, the making process and the specificities of Hennessy versus other spirits.

TM: You have just released Hennessy Mathusalem and in your history you’ve been known for several limited editions of your cognac. Given that they are very limited, they cannot bring a lot of revenues to such a huge company. Are they only image-builders?

MB: Hennessy X.O Mathusalem is a limited edition of a 6 liter decanter shaped bottle; it is not a different or new assemblage. It is our X.O, rich and generous in taste, presented in a packaging which allows treating oneself and a great party of close friends in a rich and generous manner.

The image of Hennessy X.O the Original has been built over more than 140 years, and this creative piece of art from Arik Levy, dressing up the Mathusalem size, is a fancy albeit exclusive way to add a little more arty conversation to the serving and sharing of a classic Hennessy cognac.

TM: American rappers embraced Hennessy or „Henny” as they call it, as a status symbol. Does it affect the profile of your „statistical consumer” in the US? And more generally – do you feel that you have different consumers on different markets worldwide?

MB: American rappers respect the Hennessy brand in as much that they spontaneously quote it as the ultimate status or pleasure symbol: Hennessy has long been associated with all music genres, from jazz to classic, to rap etc..  Today, this spontaneous and great pairing shows how popular a desirable product can become!

And generally speaking, on the one hand all consumers of the world have perfectly similar a quest for happiness, quality and luxury, but on the other hand they have specific ways and means to getting there, particularly in terms of modes of consumption (long drinks, neat…).

TM: What is the future of cognac on the Polish market?

You represent a young generation, which you are addressing with today’s means of communication.

Hennessy is a genuine classic brand, now a well-established and solid grip in this World of rapidly changing values and fake fashions: make it be known that sharing responsibly a highly qualitative spirit such as Hennessy with real friends brings much more to life than any virtual contact on the Web!

TM: Thanks for the interview! 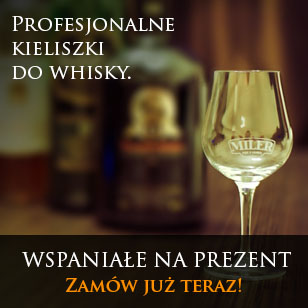 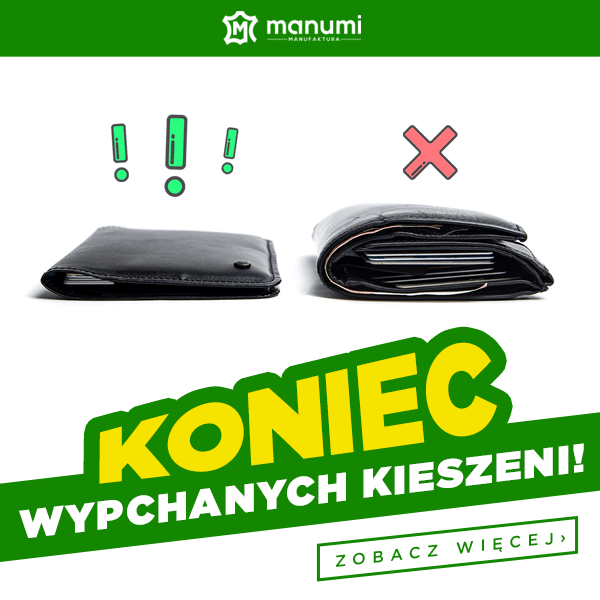 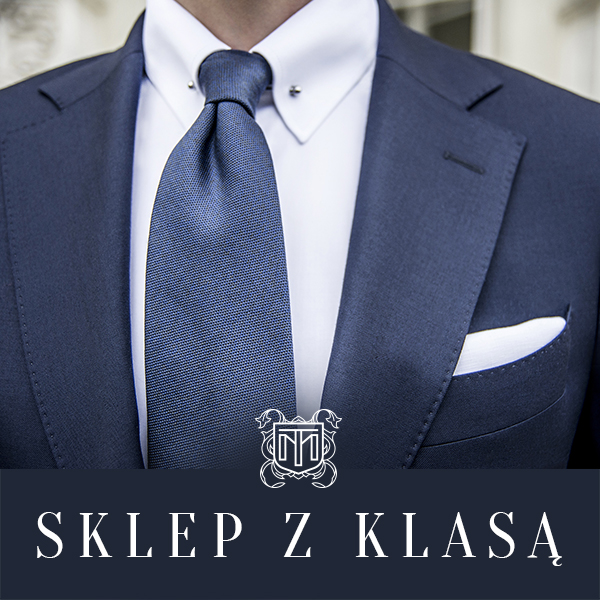 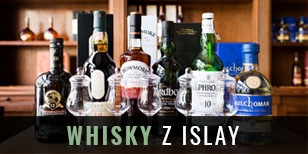 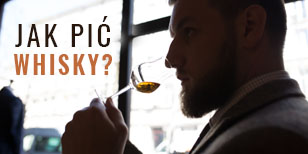